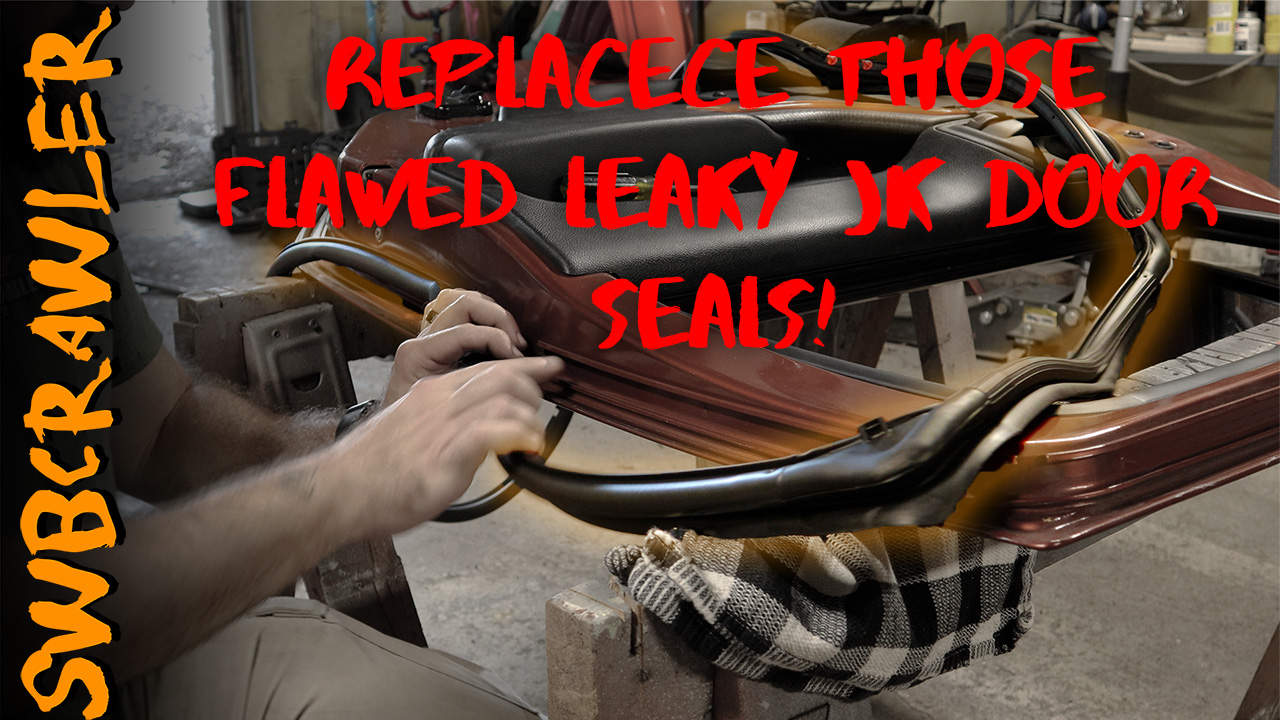 Do you have wet carpets in the front footwells of your 2008 and newer Jeep Wrangler? We do, our 2014 Wrangler Unlimited (JKU) has had leaky doors since we brought it home in 2019. Water runs down the front seam of the door and makes its way into the cab due to a design flaw in the factory seals. Where the door meets the body, at the intersection of the windshield and the main body tub, there’s a press-in connector in the windshield seal. This connector gives water just enough of a path inside the cabin that it’ll get to the inside of the seal, and run right down onto your floor at the lower front corner of the door. We took it back to the dealer to get it fixed, and they were useless, after a lot of frustration (on this and a few other things) we finally just gave up, and decided to fix these issues ourselves. I had tried a few of the home fixes for this issue with little to no luck.

By a stroke of luck I came across someone who claimed that Mopar had released an updated door seal for the JK, and decided to do some digging. Well I found them! They aren’t exactly cheap, but they do appear to get the job done! So if you’re tired of sopping up puddles in your Jeep, check out this video and get that issue fixed!

You can find the door seals here using the following part numbers (links are amazon affiliate links, but you can use these part numbers if those are out of stock).

The install is pretty simple, I took the doors off to do it, but you probably don’t need to as long as you’re tall enough to see the top of the door while its on your jeep. I do think that taking the door off made it easier though. It’s all in the video!